Q: Is there more to poor bedside manner?  A: Without a doubt.  Q(s): Is your pain real? Is the suffering abnormal? Are your concerns valid?  A(s): Yes. Absolutely. Of course.  These inquiries shouldn’t even be up for discussion. Unfortunately, however, pelvic pain survivors who are denied the compassionate, comprehensive care that they deserve may dwell on the second set of posed … END_OF_DOCUMENT_TOKEN_TO_BE_REPLACED

Below is a brief dialogue between two individuals, a narcissist and the target. These people could represent romantic partners, friends, or even family members in a parent-child relationship, for example.  PERSON 1/NARC (enters the living room, clears their throat, and coughs) You love me, right? What would you do if I weren’t here?  PERSON 2/TARGET (looks up from their book and grins) Of course … END_OF_DOCUMENT_TOKEN_TO_BE_REPLACED

Picture the following:   Your local news station reports an armed robbery at a nearby bank. Anchors diligently depict how law enforcement officers arrived at the crime scene to seize the culprits—and later release them, issuing citations. Despite this outcome, an investigation was still completed. During the investigation, detectives carefully reviewed the bank’s security camera footage and … END_OF_DOCUMENT_TOKEN_TO_BE_REPLACED

‘Adulting’ can be exasperating—so much so that achieving autonomy and stability across the board seems nearly impossible at times. Adults who appear to ‘have it all together’ may witness other adults religiously rely on their parents for support and then grumble to themselves:   “Cut the umbilical cord, already.” However, these ‘have it all together’ adults could benefit from considering that … END_OF_DOCUMENT_TOKEN_TO_BE_REPLACED 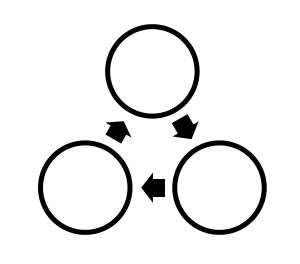 Narcissism can be a malignant malady. A narcissist may present with overt or covert tactics, and there’s even a narcissism spectrum—ranging from healthy to pathological or full-blown Narcissistic Personality Disorder. The narcissism trait also has the capacity to consume anyone’s personality and spread like wildfire, reaching across sexual orientation, age, and other social identity facets. The … END_OF_DOCUMENT_TOKEN_TO_BE_REPLACED

We often hear pet owners—particularly dog lovers—attempt to train man’s best friend to: “Roll over and play dead!”  On the surface, this behavioral conditioning session appears to be just for fun and games. The owner enjoys an opportunity to develop or maintain secure attachment with the pet, and the pet looks forward to a tasty treat after compliance. However, have you ever taken a moment to … END_OF_DOCUMENT_TOKEN_TO_BE_REPLACED