Have you ever questioned the possibility that such a bold statement could’ve come straight from the maternal mouth of ‘mother dearest’?

What if these words are just a ploy to make the world bow down and mindlessly adhere to the matriarch’s narcissistic regime?

Whatever purpose this declaration serves, we know that it can be detrimental; it prevents the world from holding mothers accountable when they don’t know what’s best—and get away with slowly chipping away at their children’s true selves and sanity over the years. In reality, no two mothers are alike. Not all mothers pursue motherhood with pure intentions, and, simultaneously, not all mothers are night terrors. Some mothers are warm, responsive, consistent, and humble—and some balance inflated heads and crowns while they sit high in the heavens on their thrones, treating their children like lifelong servants. The latter mother isn’t just any mother; she’s a covert maternal narcissist.

Narcissism can be a destructive, relentless personality product that comes as a packaged deal with trying traits—such as the following: 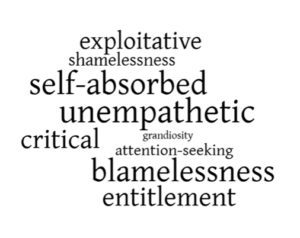 Narcissists can also be overt or covert. People who present with overt narcissism wear their narcissism on their sleeve—while covert narcissism flies under the radar. An overt narcissist, for example, is more likely to hand deliver a one million dollar donation check to a charity organization during a public event and announce the good deed to the world. A covert narcissist, on the other hand, may submit a private donation yet become visibly upset and feel slighted for not eventually being acknowledged by the nonprofit—which is a scenario that also showcases benevolent narcissism, a type of narcissism that we see from individuals who quietly expect and long for admiration in exchange for seemingly selfless deeds.

If you’ve grappled with the effects of narcissistic abuse by a parent, friend, spouse, or even colleague, consider working with a licensed therapist in order to reconnect with your true self.